In this space two weeks ago, I lamented the ubiquity of the I-IV-vi-V chord progression (and its same-difference variations) in contemporary worship music (cwm).  Over the weekend I listened to the new release from a worship leader whom I truly respect, whose worship ministry is a fabulous example of servant leadership, and who is dedicated to equipping the next generation of worship leaders.  Three songs in a row fell into this pattern (and at least two-thirds of the entire album went there at some point in the songs).  As I listened, I accurately predicted each tonic-to-subdominant chord change, each submediant-to-dominant pattern.  I used the adjective mind-numbing last time to describe the predictability of so much of today’s cwm, and listening to this new release gave me no reason to relent from that verbiage.  (That said, read last week’s blog for a more complete picture from a worship educator’s standpoint, including a Holy-Spirit-provided punch line that deals with the end justifying the means.)

Long ago I resolved not to be a curmudgeon, occasional predispositions to that kind of behavior notwithstanding.  Hence, it’s been my goal in many areas of life not to complain about something if I don’t have anything positive to contribute to the situation.  In that spirit, then, I would like to introduce two marvelous songwriters whom I am privileged to call personal friends, two men who are making a difference in the Kingdom via worship music, and doing so with a keen ear for what worship leader-educator Greg Scheer calls “the art of worship.”

Rory Noland, whose Heart of the Artist books are must-reads for anyone serious about worship ministry, has been creating interesting and singable worship music for years, having served two of the largest megachurches in Chicagoland along the way.  His most famous song, “He Is Able,” features nine or ten different chords, depending on how you calculate things, including a major-seventh of the flat-VII chord, a IV-minor 6th, and both the III and the iii chord.  In case you are unfamiliar with the song, here’s a clip:

Rory’s “I’m Amazed,” probably in my Top 5 worship songs ever (partially because I encountered it at a time in my life when the message resonated with me in significant ways), is a similar feast for songwriters who want to break out of the I-IV-vi-V rut.  Here’s the classic recording of this song:

Though these examples are a few years old, Rory is still writing excellent and interesting music.  His most recent offering can be found here: The Lord Is in Our Midst.  I encourage you to pick it up.  It’s full of great songs. 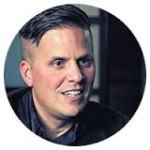 Another friend budding cwm songwriters should meet is Aaron Niequist, currently serving as the worship architect for The Practice, a contemplative and “liturgical” ministry of Willow Creek Community Church (a church, of course, not generally associated with worship rooted in contemplation or liturgy); it’s a very cool gathering, and if you happen to be in Chicagoland on a Sunday night, I encourage you to attend the service at 6 p.m. in Willow’s chapel.

Aaron is a former student of mine at Judson University, one who has been pushing

the envelope, musically speaking, for years.  (For his senior project, he composed a rock opera.)  His latest efforts have been going toward what he calls A New Liturgy, a series of 25-minute worship experiences bringing together all kinds of interesting artistic elements, including congregational singing that stretches beyond the current melodic and harmonic limitations so prevalent in cwm.  If you have 25 minutes, here’s Aaron’s fourth endeavor(two more have been created since), focusing on creation; it will be well worth the time invested:

As I suggested at the end of the previous post, utilizing interesting harmonic progressions in music for the Church need not be a Holy Grail for us, and I remain convinced that there is a sense whereby the end justifies the means where congregational singing is concerned.  That acknowledged, for those songwriters who feel God is calling them to stretch themselves, the oeuvres of Rory Noland and Aaron Niequist are two good places to start.

Emmaus Road Worshipers is written by Dr. Warren Anderson, Director of the Demoss Center for Worship in the Performing Arts at Judson University (Elgin, Ill.), where he also directs the Judson University Choir. A Judson alumnus, he has served his alma mater in a number of capacities over the past 30+ years, especially the chapel ministry, which he led for 22 years. From 1982-2016, Dr. Anderson served six different churches--American Baptist (X2), Converge, Evangelical Free Church of America, Roman Catholic, and United Methodist--as a "weekend warrior" worship musician/pastor. He is a former member of the editorial board of Worship Leader magazine. The views expressed in this blog are not necessarily the views of Judson University.
View all posts by Warren Anderson →
This entry was posted in Uncategorized and tagged congregational singing. Bookmark the permalink.