Reflection #9 on Worship in the Contemporary American Church

This is post number nine in a series of random reflections I have been amassing over the past couple of years since retiring from steady, local-church, “weekend warrior” worship ministry.  These ruminations are in no particular order, and they vary in significance.  I welcome discussion on any of them.

Reflection #9: The “overwhelming, never-ending” I-IV-V-vi harmonic structure of so many contemporary worship songs underserves a Church whose Subject and Object of worship is the Creator of the infinitely diverse universe. 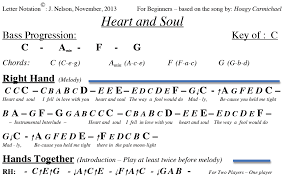 Hang around musical children for any length of time, and you will eventually hear two of them at the piano playing the two parts of “Heart and Soul.”  They will play, without apparent fatigue (and without adding the virtually unknown bridge, which would help to alleviate the water-torture-like repetition), for a long time.  They will switch parts.  They will play in different octaves.  But they will pound out the same basic patterns until most adults in the room want to scream, “PLEASE PLAY SOMETHING ELSE!”  (If you’ve only heard kids render this song, here’s what it sounds like in its original context: “Heart and Soul.”)

I often feel this way whenever I listen to extended doses of contemporary worship music these days.  The same chords (uppercase Roman numerals = major chords; lowercase = minor) used in “Heart and Soul”–I, iv, IV, and V (the tonic, submediant, subdominant, and dominant, respectively, in music-theory-speak)–show up in alarming regularity in contemporary worship.  Oh, they get mixed around a bit, to be sure.  Sometimes it’s I-IV-vi-V (the beginning of “What a Beautiful Name”); other times it’s IV-I-V-vi (both the verses and choruses of “10,000 Reasons”); and sometimes it’s vi, V, IV, I (the chorus of “King of My Heart”).  But those four chords reign supreme.

Sometimes exclusively, I’m afraid.  Yesterday afternoon I printed out the chord charts for the Top 20 current contemporary worship songs, as tracked by CCLI (CCLI Top 20).  Here’s what I discovered:

My little research project didn’t factor in tiny differences like suspended chords, chords with a major or minor seventh, or chords with the third or the fifth in the bass–nor did I consider introductions or instrumental interludes, which occasionally deviate harmonically from the the rest of the song (like “In Christ Alone,” with its v chord, which opens both the introduction and the instrumental interlude).  That acknowledged, I would argue that contemporary worship music needs to break out of its harmonic rut.

“What’s the big deal?” some might ask.  God is being glorified.  The Church is worshiping, it can be argued, more passionately than it has in years.  How can that be wrong or bad?  It’s not, necessarily–but it’s also not evidence of worship musicians studying to show themselves approved (2 Tim. 2:15) where the craft of songwriting is concerned.  While I don’t wish to make Rory Noland and Greg Ferguson’s harmonically rich and satisfying “He Is Able” (with its nine different chords!) the standard, and I don’t expect every songwriter to be able to pull off the wildly inventive harmonic structure Jason Ingram, Reuben Morgan, and Stuart Garrard achieved in the first two verses of “The Greatness of Our God,” I am calling for better craftsmanship, as a general rule, in contemporary worship music, especially re: harmonic structure.  If you are a writer of the Church’s songs, let me offer two quick and easy ways for you immediately to improve your efforts.

First, study the masters–and I don’t mean Chris Tomlin and Matt Redman, as much as I 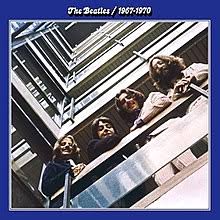 often appreciate their music.  You can do a lot worse, for example, than listening to a steady diet of The Beatles.  Put their two greatest hits collections–1962-1966 (the “Red Album”) and 1967-1970 (the “Blue Album”)–on regular rotation for a couple of weeks, and see if feasting on Lennon/McCartney songs (both eminently singable and stunningly diverse, harmonically speaking) doesn’t open up pathways of creativity for you that have previously been untapped.  Paul Simon, especially of late, would be another.  Joni Mitchell is a third.  These are pop music’s Bach, Beethoven, and Brahms.  Why would you not want to study them?

Second, at least for a month or two, don’t allow yourself to write anything that falls back on the I-IV-V-vi patterns.  Use iii chords, flat-VI or flat-VII chords, or iv chords–anything but the usual.  Just do it.

The Lord be with you, especially you songwriters, as you seek to honor Him with your best efforts!  The Creator of the infinitely diverse universe deserves no less.