Songwriting Tips from the Experts, Part 6a 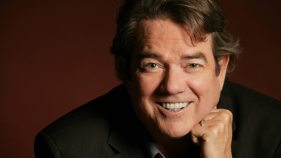 Jimmy Webb is not a household name, so young, aspiring songwriters in 2020 probably haven’t heard of him.  I hope this post changes that a bit for the young, aspiring songwriters I know.  Webb, more so than most of the artists in this series, is far better known for his efforts as the second half of the singer-songwriter designation, though he recorded plenty of albums himself.  Because his chapter in Paul Zollo’s book Songwriters on Songwriting is full of so many suggestions of note, I’m dividing his interview excerpts into two sections.  Before those, however, enjoy these wonderful, stunningly beautiful songs of Webb’s sung by Glen Campbell (“Wichita Lineman”), Art Garfunkel (“All I Know”), and Amy Grant (“If These Walls Could Speak”).

I love Webb’s focus on harmonic structure driving melody, as opposed to the other way around.  When asked by Zollo if he consciously strives to avoid chord patterns he’s used previously, Webb concurs, strongly:

There’s no inspirtation in it for me otherwise.  I just don’t enjoy it.  It’s not any fun and I’d rather be chopping down trees or something. . . . So before I ever commit[ed] myself to try to write some idea, I’d have to have some chord structure under me that was inspiring and . . . reasonably original–and I know this isn’t always possible–but if it fell too far below par in terms of just being interesting to me, there’s no way I could write the song.  I’d run out of gas very, very quickly.

Zollo then presses Webb to be more direct.  How, specifically, does he come up with original harmonic structure?

I’m doing substitutions; I’m taking bass notes that are not in the tonic and putting them with another chord.  I’m taking the third out of the right hand and playing it in the left hand, and adding a suspended second to the right hand.  I’m playing around with voices.  I’m moving things–on one chord I have the seventh in the bass.  Which sounds very strange all by itself–if you went over to the piano and hit that chord you’d say that’s not a very nice chord.  But sometimes it depends on the chord that comes before and the chord that comes after.  Sometimes you’re setting up what might be deemed strange chords by placing a chord in front of [them] that’s going to set it off the way you might set off a diamond in a gold band. . . .  And so a lot of it is not just sitting around and pecking around until you find an interesting chord.  But it’s sequencing chords.  It’s stringing them together like pearls on a string. . . .

Once I have a chord that I like and that is different and that [interests] me, I start thinking about where it [should] go.  And then [I work] backwards to figure out how I would set that up.  Where would I come from to get to that place?  And just a lot of trial and error and mathematic free-association.

Sometimes I work graphically and look at the keyboard as if it has nothing to do with music and it’s a mathematical grid.  [I say], “What if I move that there and move [this here]?”  [I’m] not even listen[ing] to the sound of it very much at the outset and just trying to gain another mathematical insight into how to move voices around and not be[ing] afraid to move them around.  [I’m] not [being] shy about something having a peculiar sound at the outset.  And if I start with original material, even if I end up simplifying it, I’m going to be [farther] along the road to originality than I would if I just sat down and played some Gs and some Cs and some A minors.

A self-serving case in point re: Webb’s notion of stringing chords together, sequencing them for interesting effect: Back in the 80s, I was in a band of Judson University alums called Living Proof.  Because our audience was primarily Christian teens, I wrote a song about the benefits of pursuing sexual purity prior to marriage.  The topic was edgy, so I wanted to employ an equally edgy tune.  I set the song in F minor, with the following chord structure for the verses:

(If you’re so inclined, you can listen here.  Thirty-five years on, I’d rework some of the cheesy lyrics, but I stand by the music–and dig the slice of  80s-era accompaniment, rock-music-history lovers: oh, the DX7 keys and the gated snare!)

The point, in summary, is this: The chord structure drove the song, and once the interesting chords were in place, the melody almost wrote itself; even the tri-tone leap halfway through the verses nestles in easily with the Gb chord firmly established.   The parallels are not perfect–I get it–but I truly believe this kind of harmonic creativity can and should find its way into contemporary worship music far more often than it does.

More from Webb next week, Lord willing.  The Lord be with you!

1 Response to Songwriting Tips from the Experts, Part 6a