Songwriting Tips from the Experts, Part 7a

Posted on September 14, 2020 by Warren Anderson 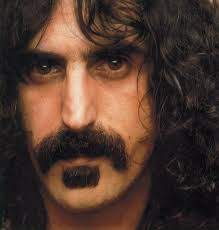 Back at the beginning of this series, I fully admitted that sometimes searching for songwriting help for contemporary worship music (cwm) among pop songwriters ends up comparing apples to oranges.  There is still merit in the pursuit, of course, even when the analogy breaks down on occasion, but not all excellent pop songwriters come to their craft from a perspective that can be fully embraced by the Church, their talent notwithstanding.

Frank Zappa (1940-1993) serves as a case in point.  His pop songs, usually extremely well written, often employ scatological/sophomoric lyrics designed to provoke and, sometimes, offend.  Moreover, some of his best work isn’t in the pop realm at all; his forays into jazz and classical music, though hard to digest for uninitiated ears, are often worth the initial aural struggle, and his first-rate fusion electric guitar playing has been praised by aficionados.

Ultimate Classic Rock lists the following as Zappa’s top three songs (all of which, blessedly, are free from the R-rated weirdness that accompanies good swaths of his pop-rock ouevre): 1) “Montana” became a fan favorite in live concerts, a typically off-the-beaten track lyric set to dazzling accompaniment in spots (and that’s Tina Turner singing bgv’s); 2) “Joe’s Garage” pokes fun at the rags-to-riches garage-band trope while giving a mini-history of pop music; 3) and “Cosmik Debris” satirizes the new-age, cosmic truth-seeking so prevalent in American culture in the 60’s and 70’s.

Caveats acknowledged, Zappa nevertheless has much to suggest re: the craft of songwriting that could elevate the average cwm song.  Here he discusses freeing up one’s notions of chord structure:

I started writing my own music in which the thirds were omitted from the chords.  That seemed to give me more latitude with the melody because if there’s no third in the chord then you’re not locked into an exact statement that your harmonic climate is major or minor.  If you have a root, a fourth, and a fifth–or a root, a second, and a fifth–your ability to create atmosphere and imply harmony by having a variety of bass notes that will argue with the suspended chord gives you, for my taste, more opportunities.  Then the melody line can go back and forth between major or minor and lydian [one of the harmonic modes] or whatever else you want with ease.  You have more flexibility.

When Paul Zollo, from whose Songwriters on Songwriting this excerpt is taken, laments that some writers don’t even know what a third, harmonically speaking, is, Zappa places part of the blame on pop music’s culture of awards.  One doesn’t need to make too great a leap to apply the same criticism to any modern-day awards honoring cwm.  Zappa, no doubt, would opine that, in many cases, we award mediocrity.  The best stuff, surely, is rarely recognized.

I think that when you have award shows that glorify the most ignorant among us for doing things that are called excellent merely because they’ve achieved large numerical sales, it is not much of an incentive for a young songwriter to come along and say, “I want to learn how music works.”  Because there’s just no reason to participate in the construction of music on an intellectual level when all you have to do is just get lucky one time and then have the record company do the payola.  Then you will be the next guy standing in line to get a major award.  So that’s the message that is sent to the marketplace for all the new guys coming in.  And there’s no glamour to doing the laborious job of developing a personal theory of harmony or a personal feel for how you want to do rhythm to function in your work.

Those are harsh sentiments, and believers might push back here, giving all kinds of rationales for simplistic melodies, harmonies, and rhythms in cwm; talking about a songwriter’s or a song’s “anointing”; and articulating a host of other things Zappa neither cared about nor had any spiritual authority to address.  OK.  But ask yourself if this exchange with Zollo about pop music in the 80’s and 90’s doesn’t apply just as well to cwm in the year 2020:

Zappa: Any songwriter who had to choose between being rich and being timeless, if he chose timeless, he’s probably out of a job.  There are just too many commercial pressures on the guy at the end of the food chain, the guy who writes the song, because before he thinks about anything else, he’s already looking at airplay or looking at MTV. . . .

Zollo: But isn’t it possible for something new and great [i.e., well written with musical excellence] to be heard–even if it doesn’t fit the pat hit-making formula?

Zappa: Not unless there’s a massive change in attitude at the distribution level, which includes the places where music is dispersed–radio, TV, jukeboxes, whatever–until current values disappear.  Until then, there is little hope that a person who is doing anything other than formula swill will have an opportunity to have his music recorded, let alone transmitted.

Again, at some level we’re comparing apples and oranges, but they’re both fruit, and the concepts of common grace and universal truth would suggest even an atheist like Zappa has something to offer cwm songwriters.