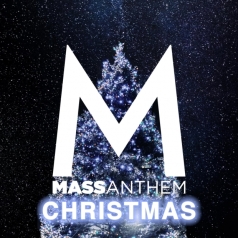 At the end of a sometimes frustrating week, at the end of an often difficult semester, and at the end of a frequently laborious year (but at the beginning, praise God, of a still hopeful Advent season), I was made aware of the latest recorded offering from Mass Anthem, a Nashville-based pop group compromised, in part, of former Judson University students of mine.  Mass Anthem Christmas features a few fresh arrangements of familiar Christmas fare, a song or two new to me, and a beautiful instrumental.  I commend it for your holiday listening pleasure.  After listening to the EP, I enjoyed some of Mass Anthem’s back catalogue, as well, and was reminded of my fondness for their sweet vocal arrangements and tasty production values.  If you’re new to this group, I think you’ll enjoy this introduction.

Emmaus Road Worshipers is written by Dr. Warren Anderson, Director of the Demoss Center for Worship in the Performing Arts at Judson University (Elgin, Ill.), where he also directs the Judson University Choir. A Judson alumnus, he has served his alma mater in a number of capacities over the past 30+ years, especially the chapel ministry, which he led for 22 years. From 1982-2016, Dr. Anderson served six different churches--American Baptist (X2), Converge, Evangelical Free Church of America, Roman Catholic, and United Methodist--as a "weekend warrior" worship musician/pastor. He is a former member of the editorial board of Worship Leader magazine. The views expressed in this blog are not necessarily the views of Judson University.
View all posts by Warren Anderson →
This entry was posted in Uncategorized. Bookmark the permalink.