Songwriting Tips from the Experts, Part 8b

Posted on October 5, 2020 by Warren Anderson

At this point, it might behoove me to bring anyone who’s joined the discussion recently up to speed.  The primary motivation for this lengthy series is my conviction that contemporary worship music (cwm) has more to offer than what often is currently on display.  I’m 56, so I certainly qualify for curmudgeon status by age alone.  But I also have a doctorate in worship studies from an institution, the Robert E. Webber Institute for Worship Studies (Jacksonville, Fla.), that opened my eyes to the riches to be mined from pursuing a broader range of expressions in worship, and my thesis was based on a massive, weeklong project that foisted upon college students in a Spiritual Enrichment Week chapel series at Judson (then) College congregational singing from genres to which most were unaccustomed: Catholic psalm singing, Taizé chant, Jesus People-era contemporary Christian music, Negro spirituals (yes, I’ve recently been told by African-American scholars that “Negro” is the correct adjective), and Reformation-era hymnody.  (The results were enlightening.)  So I know I bring considerable energy to any discussion of cwm related to congregational singing.

I laid out the arguments for looking at pop songwriters for suggestions for cwm in the first part of the series, and I’ve been quoting from Paul Zollo’s Songwriters on Songwriting for a couple of months now.  We’ve covered the likes of Bob Dylan, Carole King, and Lamont Dozier, and we have phenomenal songwriters coming up, including Jackson Browne, Suzanne Vega, and Bruce Hornsby.  This post looking at Leonard Cohen is the third two-parter in a row.  It’s fair to ask why the last three composers (the others were Jimmy Webb and Frank Zappa) received two parts and great songsmiths like Paul Simon were covered in one.  Simply put, and in the spirit of limiting the research, I’m using only Zollo’s book, and some of his interviews run longer than others.  Were I to consider others’ opinions of, say, Dylan, I’d be writing about him for the rest of my life, such is the volume of great commentary generated by his work.  Suffice to say staying with Zollo’s interviews elicits enough gems to justify the time spent but keeps this blog from becoming an all-consuming distraction.  Now, on to more Leonard Cohen: 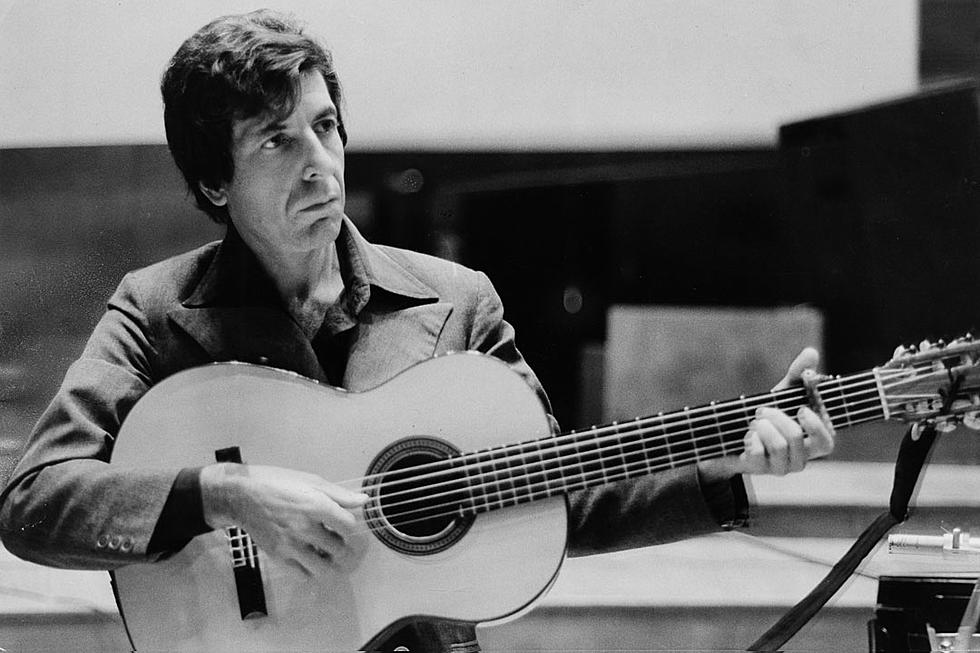 One of the hallmarks of Cohen’s work (and, I would argue, that of the best songwriters) is his attention to detail.  When Zollo quotes Jennifer Warnes, who says Cohen once told her “the most particular answer is the most universal one,” Cohen confirms and then elaborates:

We seem to be able to relate to detail.  We seem to have an appetite for it.  It seems that our days are made of details, and if you can’t get a sense of another person’s day of details, your own day of details is summoned in your mind in some way rather than just a general line like “the days went by.”  It’s better to say, “[W]atching Captain Kangaroo.”  Not “watching TV.”  Sitting in my room “with that hopeless little screen.”  Not just TV, but the hopeless, little screen. . . .

Cohen speaks here to the process of revision, of not settling for decent when very good is within grasp, with just a bit more effort:

Zollo: You mentioned how much you discard of what you write.  Is your critical voice at play while writing, or do you try to write something first and then bring in the critic?

Cohen: I bring all the people in to the team, the work force, the legion.  There’s a lot of voices that these things run through.

Zollo: Do they ever get in the way?

Cohen: Get in the way hardly begins to describe it.  It’s mayhem.  It’s mayhem and people are walking over each other’s hands.  It’s panic.  It’s fire in the theater.  People are being trampled and they’re bullies and cowards.  All the versions of yourself that you can summon are there.  And some you didn’t even know were around.

Cohen jests, of course, and I’m not advocating that level of scrutiny for cwm necessarily, but it would be nice to get a sense periodically that an inner critic was at work a bit more often in cwm, a genre that, unfortunately, begs this kind of satire: “How to Write a Worship Song in 5 Minutes” and “A Worship Song Written in 5 Minutes.”